The Omnipresence of Smartphones Brought an Immense Attack Surface 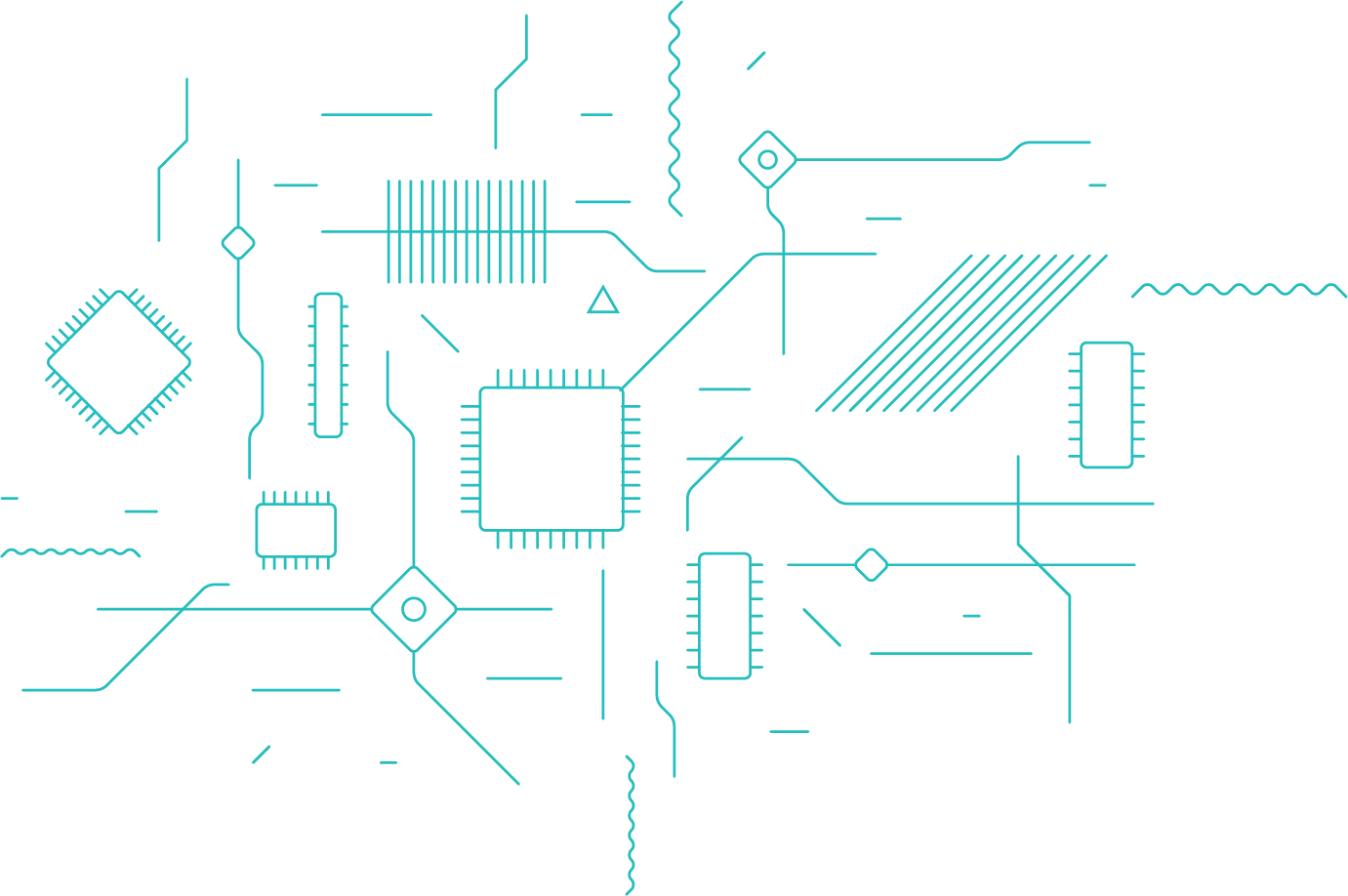 Every single aspect of our lives from social media to work emails, and internet banking is connected to our mobile phones. No wonder they are increasingly becoming attacked by hackers. And users are far less careful about securing their phones than their computers. What are currently the most common threats to mobile devices and why?

The pandemic of COVID-19 has significantly increased the amount of time that users spend staring at their mobile screens. According to some studies, ever since lockdown began, the usage of the internet rose by 50 to 70%. This much of an increase in usage also naturally brought a significant rise of cyber-attacks aimed specifically at them. Most people today spend an incredible amount of time just scrolling through social media feeds, reading, or playing games on their mobiles. For a lot of people, it’s not uncommon to wake up and go to sleep with a phone next to them. They have become our loyal companions through which we solve all sorts of things regarding our lives. One of the most problematic aspects in regard to cyber-security is that a lot of work-related duties which were previously performed exclusively on computers have moved to our phones.

IDC even predicts that by the year 2024, 60% of all workforces in the US will work on their tasks exclusively through their phones and other mobile devices. It is reasonable to assume that this trend will continue to grow the same way in Europe and other continents. Therefore, mobile security will inevitably become even more important in the future. It is also vital to remember that we have all of our contacts in our telephones which makes the spreading of malicious code easier. Attackers often send out messages with problematic links to our friends, family, or co-workers, who are way more likely to click on a link from someone they personally know in comparison to anonymous mass phishing campaigns.

To make sense of the new attack surface brought in along with smartphones, let’s just say that there are five most common types of cyber-attacks aimed at mobile devices.

The first one of them is seemingly legit and safe apps that the user downloads from a digital store thinking that they are just getting another useful tool in his or her day-to-day life. According to some sources, up to 85 percent of apps that are available on official digital platforms (such as AppStore or Google Play) are unsecured. Many of them request access to users’ storage and current location but with these compromised apps, precisely this permission could be the entrance gate for the attackers in their goal to obtain users’ sensitive data and information.

The most common of practices in terms of such attacks is installing malware or spyware to the phone in order to get e.g., users’ banking credentials or log-in access to their internet banking.

Another potential threat comes from unsecured public Wi-Fis which can also become the entrance gate for attackers to get into users’ devices. The level of sophistication of such attacks constantly rises and therefore it is sometimes difficult even for an expert to recognize which networks are safe and which are not. The same thing could be said about malicious domains because many of them seem legitimate and safe at first glance. The potential risk of being attacked rises in case employees work from public places such as coffee shops or libraries and use the public Wi-Fi provided there for their duties. Some of these public networks might not be properly secured and there’s really no way to find out.

Another major threat that arises while using public Wi-Fis is networks set up by the attackers themselves. They are named almost exactly the same as the network of that specific place. For example, you could visit a coffee shop and you would like to connect to their Wi-Fi, which could be named e.g., “CafeMars”. The attackers might set up their own Wi-Fi with almost exactly the same name e.g., “cafe_mars”. It’s fairly easy to mix up these two networks.

One of the most dangerous attacks is through the method of social engineering which threatens not only mobile phones, but as we said, users tend to be less cautious about their security on them and the key to defense against social engineering is primarily caution. Additionally, due to touch screens, users sometimes click on a malicious link by accident. But that factor also depends on the size of the actual screen. In the case of the smaller ones, there’s a bigger chance that the user overlooks the otherwise observable inconsistencies in the name of the domain. That is one of the things that the attackers usually rely on and therefore use, for example, the technique of Punycode, which we have written about in great detail in the past.

That link might be potentially dangerous and can lead to the device being attacked or misused. The most common type of social engineering is phishing during which the attacker lures the receiver of the message to click on a malicious link. The lure might be e.g., a promise of a prize in a competition for, let’s say, a new iPhone, which is one of the common baits. Scareware is also quite frequent. In this case, the attacker sends a message to the victim that says e.g., that he has some sort of compromising material on that user, which could potentially ruin his reputation or family life.

Smartphones are more prone to be targeted by social engineering because most people have them nearby almost all the time. Not only that but the danger is significantly increased because such messages might come from compromised phones of our close contacts. Once again, you are more likely to click on a link that your friend sent you than on an anonymous e-mail.

In 2021, according to expert research, the biggest security threat to phones was inconspicuous web ads, seemingly selling a legitimate product. But when the user clicked on that said ad, it then led him or her to compromised websites. Those could then install malicious files and viruses on their device.

But there are other types of adware. Some actually contain malware, but others "just" change the user's browser settings, which usually leads to new and new windows with advertisement links constantly popping up in the browser. For each click on one of them, the attackers receive a certain amount of money (pay per click principle), so such an attack can gradually pay off significantly for them. Such adware may not directly jeopardize the security of the device, but it severely disrupts the user experience and sometimes makes the browser unusable.

A huge problem in mobile security is actually bots now, who are becoming more sophisticated and are newly able to write believable and grammatically correct messages. Today not only in English but also in Czech. A common example on the web is dating sites, which look believable at first glance but extract sensitive information from the users most often under the false promise of premium membership.

The whole situation is further complicated by the Internet of Things (IoT). Smart households are becoming more and more popular today, but their security is actually being addressed significantly less. The risk is increased by the fact that a large number of people control their appliances and home entertainment such as TV from their phones, which makes many devices with different potential vulnerabilities interconnected.

Conclusion and our solution

According to all available data, the frequency of cyber-attacks on mobile phones will only increase in the future so it is really necessary to prepare for them in advance. At Whalebone, we offer network-level protection that covers all devices connected to it at all times. Thanks to our extensive database of dangerous domains, which is constantly expanding through machine learning and extensive research, it prevents users and devices from entering dangerous domains.

Whalebone protects all smartphones, regardless of their operating system or whether they are updated. It doesn’t matter what manufacturer, what OS, what apps the users are using – they will always be protected.

With zero-to-one-click onboarding of Aura-driven telco products, all users can get state-of-the-art cybersecurity for all of their devices without having to deeply understand the topic, worry about installation, updates, etc. Thanks to absolute comprehensibility, telco products based on Aura have record adoption rates and take us closer to the world where #ConnectedMeansProtected.

For our corporate customers, we also offer Whalebone Home Office Security service for smartphones, which allows them to protect all devices even outside the internal network. Employees can work from anywhere, whether from home or café, and will always be secured.